There is no other city in Germany with such a vast book- and press media market as Berlin.

Berlin is by far the largest city in Germany in respect of publishing companies located in the city and their number of publications in one year.  They are small dedicated publishers who have shaped Berlin as a city of publishers for decades. Internationally acting scientific publishers as well as specialised publishing houses are important players in the market. Authors are simply drawn to Berlin; they influence and shape current literature and science.

Berlin’s press media market is one of the most crowded media markets in Germany. Many editors and news agencies prefer Berlin as their main location.

How did the book- and press media market develop in Berlin?

Berlin – A city of books

Berlin heads the list of the publishing world in Germany. 9% of German publishers - that is 190 publishing houses - are located in Berlin, more than in any other city in Germany. Berlin also stands out for the number of new publications - 8,750 first editions in 2017.

Scientific and specialised publishers, who are also successfully working on the international market, are strongly represented. In case of general interest publishers, apart from renowned publishing groups, many small independent enterprises are represented, who enhance the German book market with their ambitious literary and graphic programmes. They have won many awards with their successful work over the past few years.

There is also such a wide range of expert- and specialised book shops, unique in their selection as nowhere else in another city. As a result, more than 30 bookshops in Berlin have been awarded the Deutsche Buchhandelspreis in the category of excellent bookshop since the first award event took place in 2015.

More than 1200 authors live in Berlin and shape the German contemporary literature. Renowned literature awards such as the Ingeborg-Bachmann-Preis or the Georg-Büchner-Preis went to authors in Berlin over the past few years.

By digitalising the publishing industry new sales channels were opened up and new business models were established; as for instance leasing and streaming e-books and audio books. Due to Facebook new communication structures were developed, YouTube enabled new ways of advertising publishers or the broad use of QR-codes. However, more important than all these new technical developments are presumably the changes in the way the publishers in Berlin are thinking. Today, the printed book is not necessarily the primary form but the content which can take many different formats. Long since, e-book publishers and sales outlets have been established.

For the first time, the Berlin Verlagspreis was awarded in 2018 to underline the importance of the small independent publishers in Berlin. This was set up to strengthen the diversity of the publishing industry in Berlin as well as the book as an asset and cultural heritage. In order to emphasise the double function, the award is presented mutually by the Berlin Senate Administrations for Economy, Energy and Labour as well as Culture and Europe.

Publishing houses, whose work merits special attention and promotion, are awarded with this prize. Fiction and non-fiction publishers who stand out from the Berlin publishing community for their excellent programme and individual book design and who attract attention across Germany receive this award.

You will find more information on this competition here.

Berlin – A city of the press media

More than 50 German and international newspapers have settled down in Berlin with their own agencies. In addition, several editorial offices and national as well as international press agencies from many countries have established themselves in the capital.

Readers in the capital can choose between altogether eight daily newspapers and several weekly papers with editorial offices in Berlin.

In an age of digitalisation, newspaper- and magazine publishers have shown much more initiative to experiment compared to the book publishers. The speed of content-production and content-sales in the press media market moves incomparably faster. Also, compared to book publishers, newspapers and magazines generate a considerable part of their turnover through advertising.

The internet is a much greater challenge for the newspaper- and magazine publishers than compared to the book publishers. There are essentially four areas, where the digital future of the press media market is shaped:

The publishing houses in Berlin play an important role as forerunners in many areas where the development of the press media market is concerned. 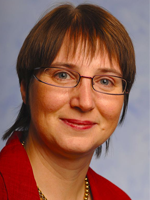