The Cluster “Information and Communication Technology / Media and Creative Industries” is a key component of the city’s entire economy.

In 2014, the number of companies increased by three percent and sales by two percent, compared to the previous year. Between 2014 and 2015, the number of people employed in the Cluster increased by four percent. This means that, of 170,000 Berlin-based companies subject to taxation, 21 percent operate in ICT or the media and creative industries. The companies included in the Cluster “ICT / Media and Creative Industries” account for 16 percent of overall sales.

Number of companies on the rise; sales are up, too.

Top of the table nationwide

In total, nearly eight percent of all German companies operating in the Cluster “ICT / media and creative industries” are based in Berlin. In terms of the film industry, this number is as high as 19 percent. For the performing arts market and the broadcasting industry, the numbers come in at 18 and 15 percent, respectively. Berlin accounts for five percent of all sales generated by the Cluster in Germany. In the music industry, the performing arts market and the film industry, these figures come in at 21, 14 and twelve percent, respectively. In terms of employees subject to social security requirements, Berlin accounts for six percent of all employees in Germany. This makes the city one of the leading locations of the digital and creative industries in Germany, as this analysis shows.

Strategy proves to be successful: points of intersection between clusters

This analysis confirms the innovation strategy pursued over the last few years. <link https://www.berlin.de/sen/wirtschaft/wirtschaft/innovation-und-qualifikation/cluster/ikt-medien-und-kreativwirtschaft/artikel.104155.php>ICT / Media and Creative Industries form the largest cluster in this regard</link>. Projekt Zukunft has contributed significantly to an ever increasing number of points of intersection being created between the three industries. Berlin Fashion Week is the latest example of this accomplishment: <link http://www.berlin.de/projektzukunft/kreativwirtschaft/mode/artikel/senatorin-ramona-pop-auf-der-berlin-fashion-week/>After her tour of the trade fair, Senator Ramona Pop said</link> that Berlin “is spearheading the developments in Fashion Tech”. She continued to say that going forward, she expects a “huge innovation push”. It seems likely, therefore, that all signs will continue to point to growth in the Cluster. 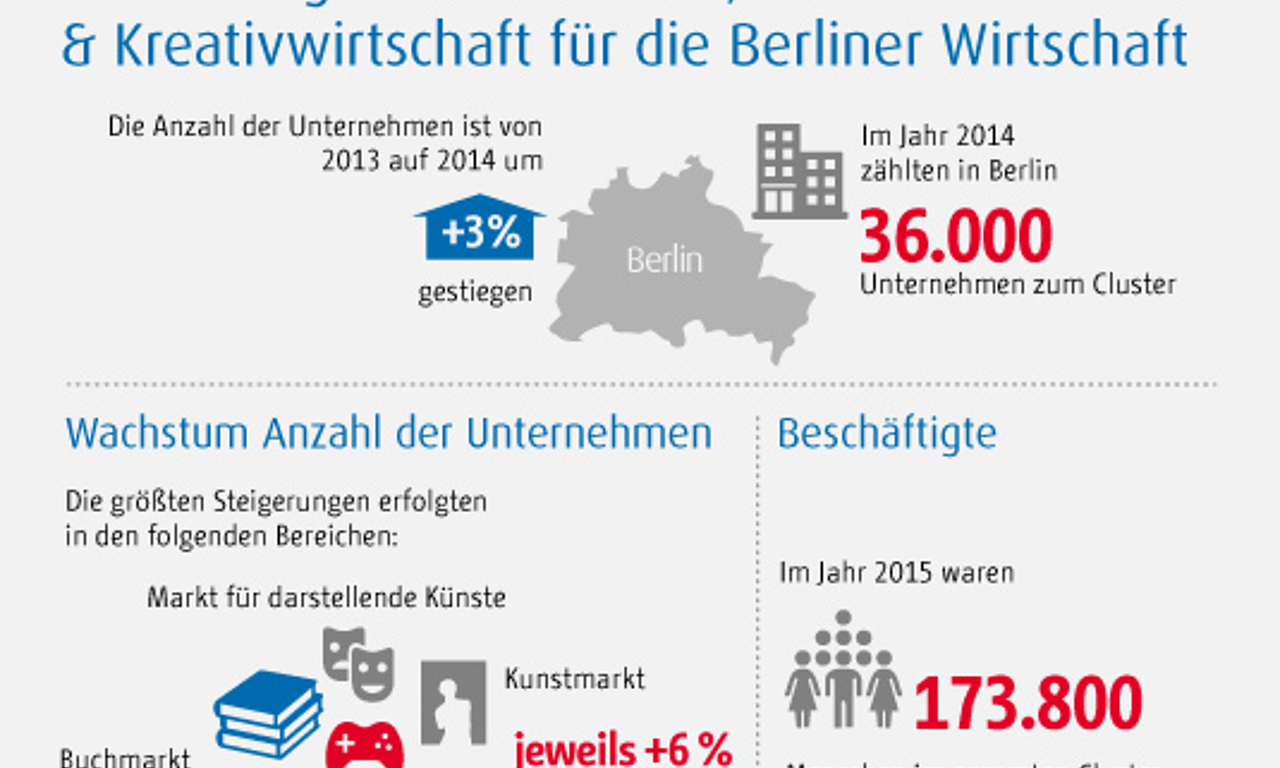