Deep Dive #20: Open Data as a success factor for innovations “made in Berlin“

BVG loves its public transport customers and their preference to be able to get driven around Berlin into the early hours – that’s the capital for you. In May 2021, 1.23 million cars were registered for private persons. A record that is to change with the development of the “Jelbi App“ in order to reduce traffic in the city. Since “Jelbi“ started in June 2019, the app pools Berlin’s public transport and sharing offers. To have climate-friendly mobility available is to be made more attractive and encourage the Berlin citizens to use the public transportation and sharing services more efficiently.

The “Jelbi App“ is based on the timetable and real time data of the Verkehrsverbund Berlin-Brandenburg (VBB) that are made freely available on the Open-Data-Portal of the State of Berlin for commercial use. Experts describe “Open Data” as data that can be used, distributed, and further used by everyone. “With ‘Jelbi’ we offer a mobility that is required at that very moment, the so-called multi-modal traffic offer”: Take a train across the city, change to a bicycle across the Kiez (district), rent a car later on for shopping or order a driving service for the evening on the way home”, explains Michael Bartnik, head of the project “Jelbi-Stations“ at the Berliner Verkehrsbetriebe (BVG), who make the app available. 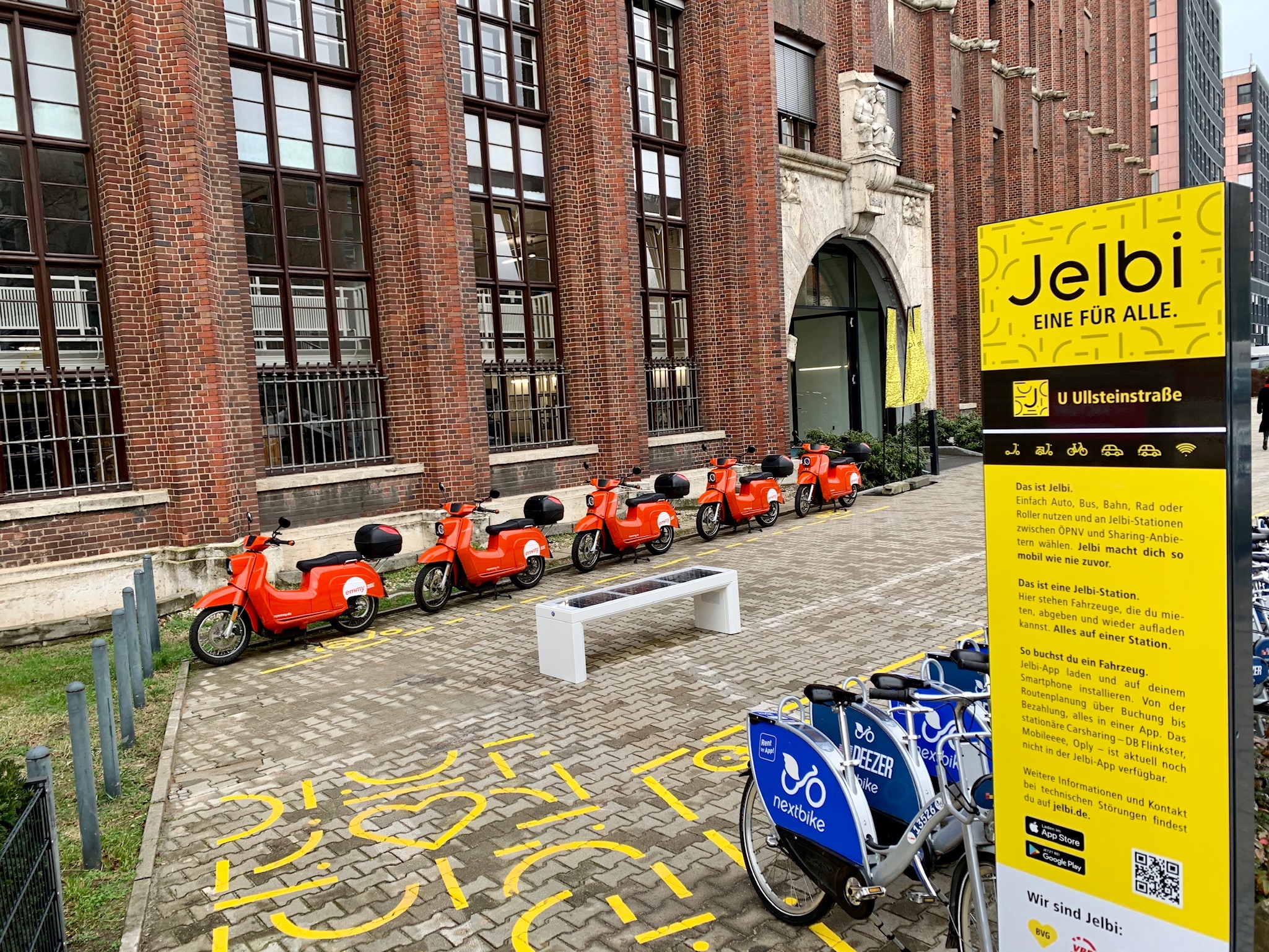 More than 30,000 vehicles from eight mobility partners - Miles, Nextbike, Tier, Voi, Emmy, Taxi Berlin, BerlKönig and Mobileeee – can be booked by the currently 110,000 registered users via the app without any problems. Therefore, the offer by Jelbi is a convenient alternative to using one’s own car. Not only the “Jelbi App” – awarded with the Deutscher Mobilitätspreis in 2019 – has access to the current bus- and train timetables of the VBB. These open traffic data are also available on the VBB-sites as well as on the Open-Data-Platform “daten.berlin.de“ of the State of Berlin to all those who are interested.

Open Data Berlin at a glance

Since the ”Berlin Open-Data-Strategy“ was published and the Berlin data portal was launched in 2011, the amount of open data has continuously grown in Berlin – not least owed to the fact that the Berlin authorities are obliged to make their data public in compliance with the Berlin E-Government-Act passed in 2016.

Within the scope of its ”Open-Data-Strategy“, the Senate Department for Economics, Energy and Public Enterprises will continue to promote the use of administration data through players of the Berlin economy. Local start-ups already use many of these data for innovative products and applications. And - the potential of the growing data management of the capital’s economy has not been opened up completely, by a long run.

Enterprises, associations, and start-ups on the one hand need the support for effectively using the data made available by the State of Berlin. On the other hand there is the economy providing own data as Open Data (also referred to as “Open Corporate Data”), amongst others, with the objective to increase the visibility of products or to generate a digital system of suitable offers.

Accordingly, data should flow freely in the planned EU data management, as, for example, a fifth group of the freedom of domestic market, besides the free traffic of persons, goods, provisions of services and capital. Here, one is highly convinced that the data are a source for innovations, increased competition, economic growth, and more employment.

Not only experts are convinced by now that enterprises benefit from an increased data transparency and that this openness can also increase social prosperity: The initiators of the “Jelbi App”, too, see a direct impact on the local economy, for example by enterprises of sharing offers.

The availability of the so-called “Open-Government-Data“ is not only extended for the convenience of citizens; the right to use open data also applies equally to charitable organisations as well as to players of the economy. Some cities and municipalities are using Open Data as an instrument to promote their regional economy. Above all, many start-ups and enterprises of the digital sector develop new services and business models based on open administration data. These refer to such data that are not only of a high economic importance but which are also subjected to the freedom of information. Such data of the public sector are, for example, geographical data and maps, weather charts, satellite pictures or even statistics. Particularly sensitive data such as person-related dates, operational- and business secrets are protected separately.

Data referring to the environment, for example, are used for the protection of nature and species. And with the assistance of socio-demographic data, solutions can be developed for specific groups of interest. Find below some exceptional examples for successfully implemented Open Data-Strategies:

The “OpenStreetMap“ is also a source of data that is used for the “Gieß den Kiez“ [Water the Kiez] app. Dry, hot summers are not only a challenge for citizens but cause trees to dry out, and also cause long-term damage. In order to counteract this circumstance, the platform challenges citizens to take over a sponsorship for trees and to water these. A challenge to which 24,100 citizens rose since the start of the app in May 2020, and supplied 6,048 trees with 716,400 litres of water. Beyond that they adopted 4,735 trees up to the end of July.

“We demonstrate how one can actively do something for one’s immediate neighbourhood and that is exactly what many people love to do in a network such as we offer“, is the explanation for the successful app according to Frauke Nippel, Press Officer of Technologiestiftung Berlin. “For this subject close to our hearts we have also created a low threshold for the application that everyone understands quickly”, says Nippel.Apart from the data on the locations of public water pumps from the  “OpenStreetMap“, this was above all made possible by the Straßen- und Grünflächenämter (SGA), who record Berlin’s trees and pass this information on to the Grünflächeninformationssystem (GRIS), an office of the Senate Department for Environment, Transport and Climate Protection. They publish the data annually in a tree cadastres. 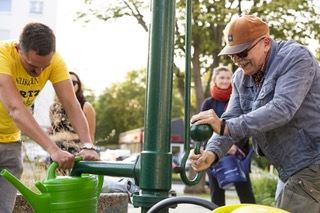 “It is difficult to assess at what time the data is complete, as the registration of street-lining trees depends on the capacity of the SGA“, according to Nippel, but adds, “the tree cadastres are one of the largest and most comprehensive ones in Germany!“

The application depends on the commitment of citizens that water their trees and pass on information which tree was attended to. The basic principle of this app is so effective that on the Day of the Tree, this principle of the Berlin app was adapted by Saxony as “Leipzig waters”. And most certainly not for the last time as the code is freely available to all those interested under Github.

Realise solar potentials – an energy map for the capital

It is highly important to the ambitious Berlin climate protection and energy schedules to have energy-related data available. The energy map reflects the actual situation of Berlin’s energy supply structures. The “Energy Map“ offers enterprises the opportunity to identify areas that are ideal to build photovoltaic  and solar thermal installations due to the location, roof slant and solar radiation. The data is visualised on a user-friendly platform, easily accessed by everyone, whereby the data can be supplemented with a view to the future, be compared and assessed.

Innovations for the property market

"GeoMap" combines traffic and property dates in a highly efficient way and simplifies the challenging search more often than not for a flat. The app calculates the optimal locations for a new flat with the details entered by the searching person of about up to three locations that are important for him/her, such as workplace, place of living or kindergarten – users also add an acceptable time for commuting. The searcher can of course also extend the search by adding price, number of rooms or other search criteria.

The application with its links to “OpenStreetMap“, dates, public transport dates and property information by Immobilienscout24, is a great example for the potential of open data from the economy and administration.

Wheelmap – Barrier freedom for everyone

An almost “ancient“ application amongst the Open Data – based applications is  “wheelmap.org”, having been on offer for eleven years already. Open and free – this is the principle with which the Berlin showcase works: “wheelmap.org“ is an interactive and free of charge app at the same time. It is based on GeoDates of the “OpenStreetMap“, where everyone can find barrier-free locations, enter these and evaluate the actual barrier-free situation via a traffic light system. “We do not see ourselves as monopolists but as lobbyists for free, open data and want as few person-related data from our users as possible. Therefore everyone can and should be able to use the platform without registration”, explains Raul Krauthausen, the founder, to Enorm Magazin.

The concept pays out: Half a year after the launch more than 40,000 locations had been entered on the platform by volunteers regarding barrier-free locations. About 300 new locations are added on a daily basis. In the meantime more than one million cafés, libraries, swimming pools and other places all over the world have been registered. As a “Berlin citizen” I can now find out, where I can eat my pretzel in Munich without having to turn my wheelchair around in front of the shop and leave”, summarises Krauthausen the situation in a press release. 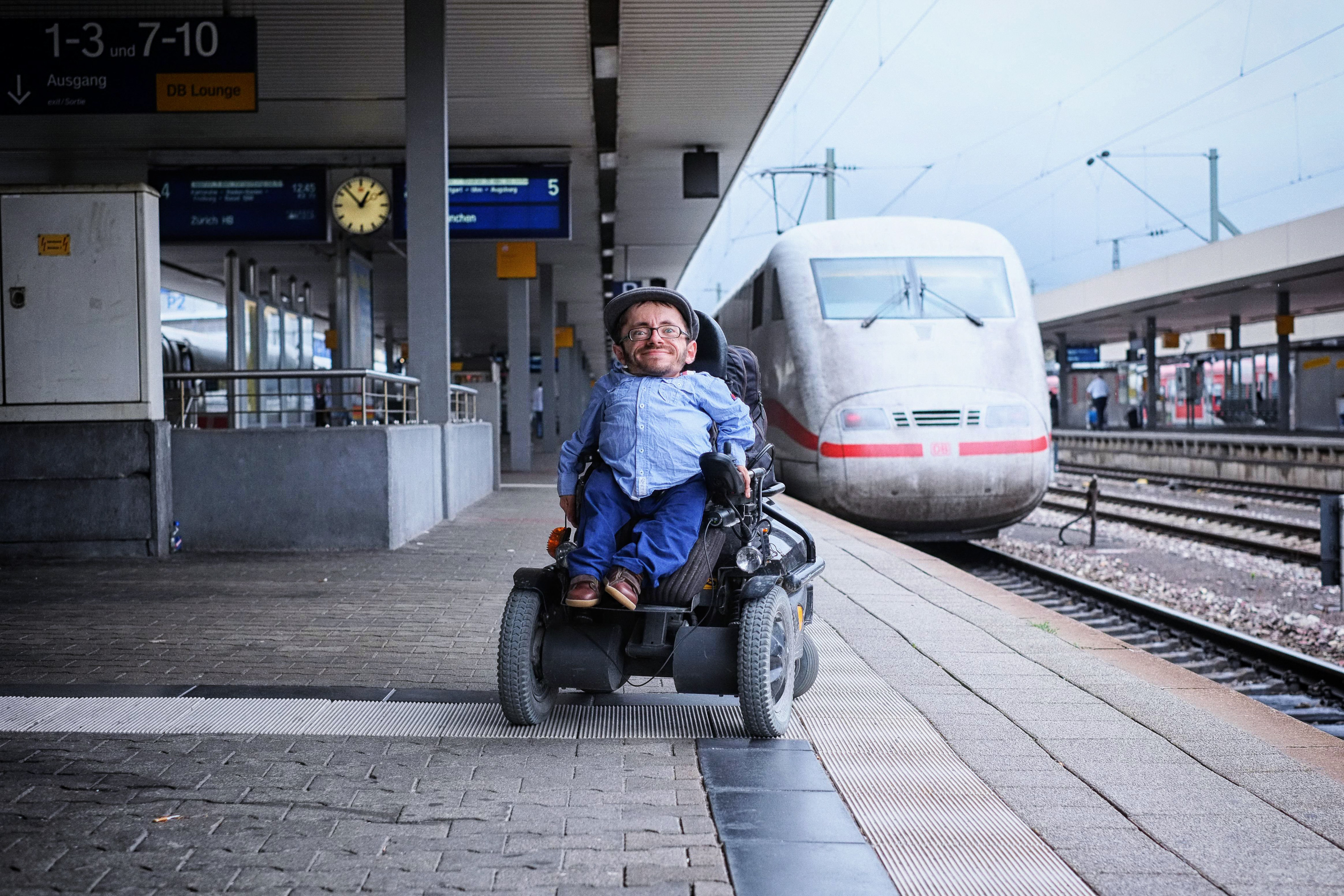 In future tasks like these can only be resolved provided “they are accessible and easily found for everyone free of charge via public networks”, the German government writes in the “Open-Data-Strategy“. The decisive factor is to actively further develop the national meta-data portal “GovData“ and winning over more users.

Apart from specifying the legal framework conditions, establishing further education offers and platforms where learning contents are available regarding data competencies, also Best Practices are to be developed such as Open Data can contribute to solve social, economic and environmental challenges.

In the Deep Dive series, Projekt Zukunft gives regular insights into current technologies in the digital, media and creative sectors and provides information about actors, trends and applications from Berlin.