Whether it concerns ceramic vases, favourite patterns in Cappuccino froth or artificial joints - all this may be available in future by pressing a button. These are three projects out of thirty that can be found on the crowd-funding platform Kickstarter and IndiGoGo under the keyword “3D-Printing”. All those different ideas are based on the same principle: Three-dimensional objects are built up in layers controlled by a computer. The additive production or the “Additive Manufacturing“ (AM) is rather interesting for numerous industries, as all meltable materials are suitable - from plastics via glass right up to metal, ceramics or even chocolate. In addition, this technology accelerates design- and manufacturing processes, reduces costs and also facilitates individuality and a freedom of design by reducing waste at the same time. But according to the Dutch bank ING, we are only at the beginning of this technology, while numerous other companies have already realised the advantages. It is forecast that by 2040 half of the parts produced worldwide will come from 3-D printers. The International Data Corporation (IDC) confirms this trend: Accordingly, they are expecting a turnover of 3.5 billion Euros for this additive manufacture in Europe in 2019. This turnover is said to rise to about 6.5 billion Euros by 2022.

Good news for German enterprises: Since 2016 about 40 per cent of national enterprises have already worked with the 3-D technology, according to a study carried out by the EY consultants - the highest value within the industrial countries. A quarter of companies in the vehicle-, aviation- and mechanical engineering industry plans to manufacture their end products with a printer by 2020. The ‘strong initial position’ as business location confirmed by the Manager Magazin, is particularly noticible in the German capital: According to a survey carried out by the Senate Administration for Economics, Energy and Public Enterprises, more than half of the 68 participating companies from the mechanical engineering-, electricity-, mobility-, and logistics sector rely on 3-D printers in their daily work. Beyond that start-ups such as trinckle (Online-3D-print-Service), 3DYourBody (3D-Scan and print), Staramba (3D-scanning und virtual reality) or Fab Lab Berlin (open laboratory) eare successfully using AM. However, one should not forget that Berlin is the location for events such as IFA - one of the oldest industrial trade shows in Germany, and therefore an ideal location to present innovative prototypes, spare parts and parts for new products. This refers to those areas of application that will represent the largest part of 3-D issues in 2019 with 45 per cent worldwide, including some of our national enterprises in this top group.

The Berlin start-up 3YourMind, as a spin-off company of the TU Berlin, as well as BigRep is part of these figureheads focussing on industrial manufacture. While 3YourMind serves customers such as Siemens or the Deutsche Bahn with software platforms tailor-made to AM-processes, BigRep sells their own large-scale 3-D printers and presents concepts for their areas of use. This includes the first airless bicycle tyre worldwide that does not use air but is provided with a specially printed honeycomb structure and thus makes the tyre fit to be used on the road. Further innovations by the BigRep company come in shape of the first e-motorbike NERA completely printed with a 3-D printer or the car seat Aero that adapts to the driver’s shape thanks to a 3-D body scan. In addition to this, a 360°- moveable industrial platform was developed as well as an adaptive robot gripper to be used in automation. These are, however, currently only prototypes. “So far it is not yet possible to produce objects in series and cost efficient“, explains BigRep CEO René Gurka during an interview with the magazine ‘IT Mittelstand’. “We are working to find solutions and will be ready to offer series production at the latest in two years‘ time.” The machine developer calls the concept ‘Sushi-Printer’. The first customers will come from the automobile-, as well as the aviation industry. But also partners of companies such as the chemical giant BASF and internationally acting steel- and metal traders Klöckner & Co will benefit. Once suitable for series production, the complex procedure of the 3-D metal printing in particular could turn the processing industry upside down within a few years: assembly lines could be consolidated, supply chains shortened and mass production adapted.

The 3-D printing technology also promises to revolutionise the health sector. According to a study initiated by Ricoh Europe, 69 per cent of medical experts are at least convinced thereof. Another 46 per cent go even further to assume that they may find it difficult in the coming five years to fulfil the patients’ requirements without investing into the 3-D printing. As a result, already 74 per cent of all experts are already using these innovations today to improve the diagnostics and to reduce the mortality rate. Right upfront are the scientists in Berlin: In this context not only the Charité uses precisely fitting plastics templates from the 3-D printer when removing malign growths in the jawbone. But also physicians at the Zentrum für Muskuloskeletale Chirurgie were able to prove that 3-D printed titan-mesh-frames support the regeneration of bones. Meanwhile templates are being developed that can be used in mouth-, jawbone-, face-, and spine surgery.

The Berlin start-up HumanX goes even a step further: it produces realistic copies of organs - with a 3-D printer. Young physicians can prepare themselves for reality by using the so-called SimOrgan, above all, however, physicians are able to organise their surgeries much better. According to founder Marcel Pfützner planning such a model-based operation should be available in every clinic by 2020. But that is not all, as the future area of application regarding this bio-printing has no limits - at least in theory: 3D-organs could be transplanted, injured leg reprinted; even age could be overcome by replacing old tissues with new ones. But these are all dreams of the future; however, the growing potential of AM in the medical sector is immense: The IDC confirms an annual increase of above 21 per cent for this industry.

The mobility industry also goes for growth regarding 3-D: More than 70 companies, research institutes and other institutions from all over Europe have joined together in a network called „Mobility goes Additive“ in Berlin. The “IAM Hub“- campus in the Marienpark industrial estate in the south of the city is to become a place of ‘know-how’ transfer where training workshops could take place as well as mutual innovations be developed and research activities carried out. It is the network’s objective to challenge the obstacles for a serial additive production and to also increase the opportunities for use. The Mobility goes Additive project is headed by the 3-D expert Stefanie Brickwede who has already promoted this technology at the Deutsche Bahn. Some spare parts are only very difficult to obtain or only in high quantities which in turn have to be stored. “Printing is faster, more flexible and cost-saving compared to the current production processes. Above all, the vehicles are available within a shortest possible time“, explains Brickwede. The Deutsche Bahn has chosen parts such as brackets and plug connections for trains, that are already being manufactured by pressing a button. Even handrail signs for blind people are no longer milled from aluminium but produced on a 3-D printer. This does not only save time but also reduces waste and, of course, costs.

Concrete benches out of a nozzle

Thanks to these three factors, the additive production is also responsible for a fresh wind blowing on the architecture. Above all it is exciting to realise all the possibilities to print objects made of concrete: Although whole houses have already been printed made of oil shale and peat, many start-ups concentrate on part sections and demonstrate in what way this technology can reduce the costs of living spaces. In this respect, the Berlin designers Studio 7.5 produce concrete benches together with the French company XtreeE on 3-D printers with a specially developed woven pattern. Compared to traditional manufacturing methods, only material, that is absolutely necessary, was used. Additionally, the weight of the bench is considerably less compared to benches made of solid concrete. Beyond that the pattern was specially developed for street furniture and is by now also used by other companies.

However, AM is not only restricted to design solid elements such as concrete benches but shows its soft side here and there - literally speaking: In this context it may be possible that those mashed special menus - produced and supplied to care homes by the German Red Cross in Berlin - come out of a 3-D printer - at least if the experts of the Deutsche Gesellschaft für Ernährung [German association for nutrition] have a say.

Using AM in fashion matters means less calories but will be equally future-oriented. In this way custom-fit sunglasses by ic!Berlin are 3-D printed, as is the individual jewellery by the Berlin online shop Stilnest. Above all, those parts that can be bought only six weeks following the first sketch are favoured by the young trendsetters. The Berlin design studio VOJD Studios focusses more on ignoring the well-used design methods rather than concentrating on producing anything fast. They place their emphasis on technological innovations in order to try out complex structures and shapes that cannot be realised with classic manufacturing processes. In this way they have already developed an umbrella handle printed with a 3-D printer at the Berlin design studio for the Alexander McQueen label. The fact that there are hardly any limits for the creativity in this industry is impressively demonstrated every year for ten years running at the fashion show #FASHIONTECH BERLIN.

Looking at fashion, mechanical engineering or mobility - the motto of the capital is: Going ahead full steam with 3-D printing… 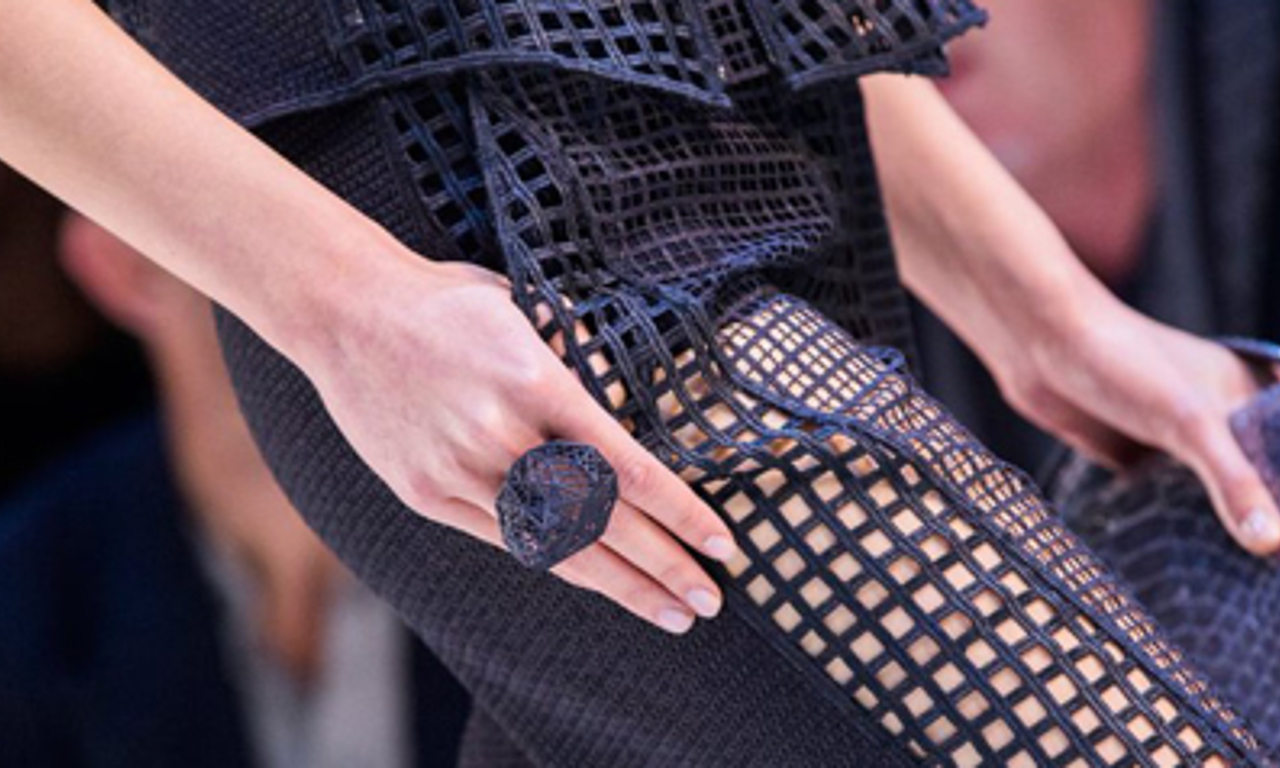 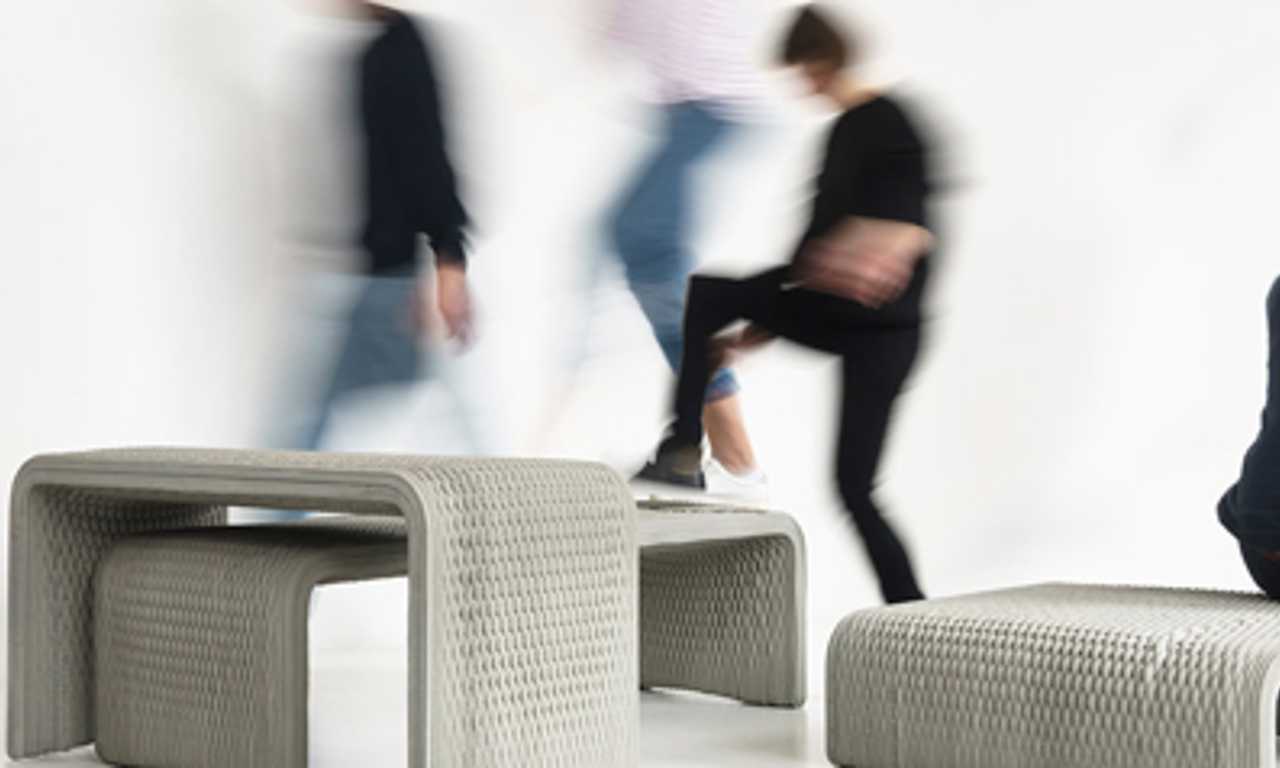 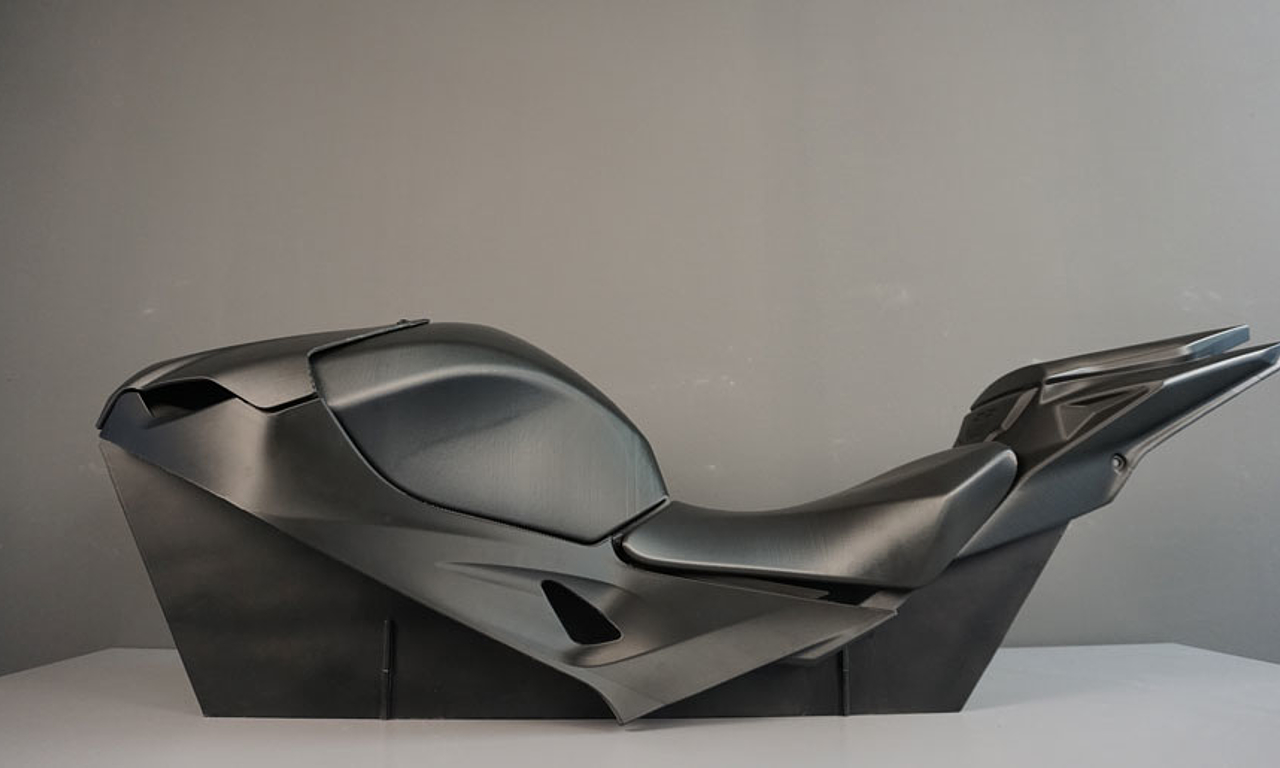 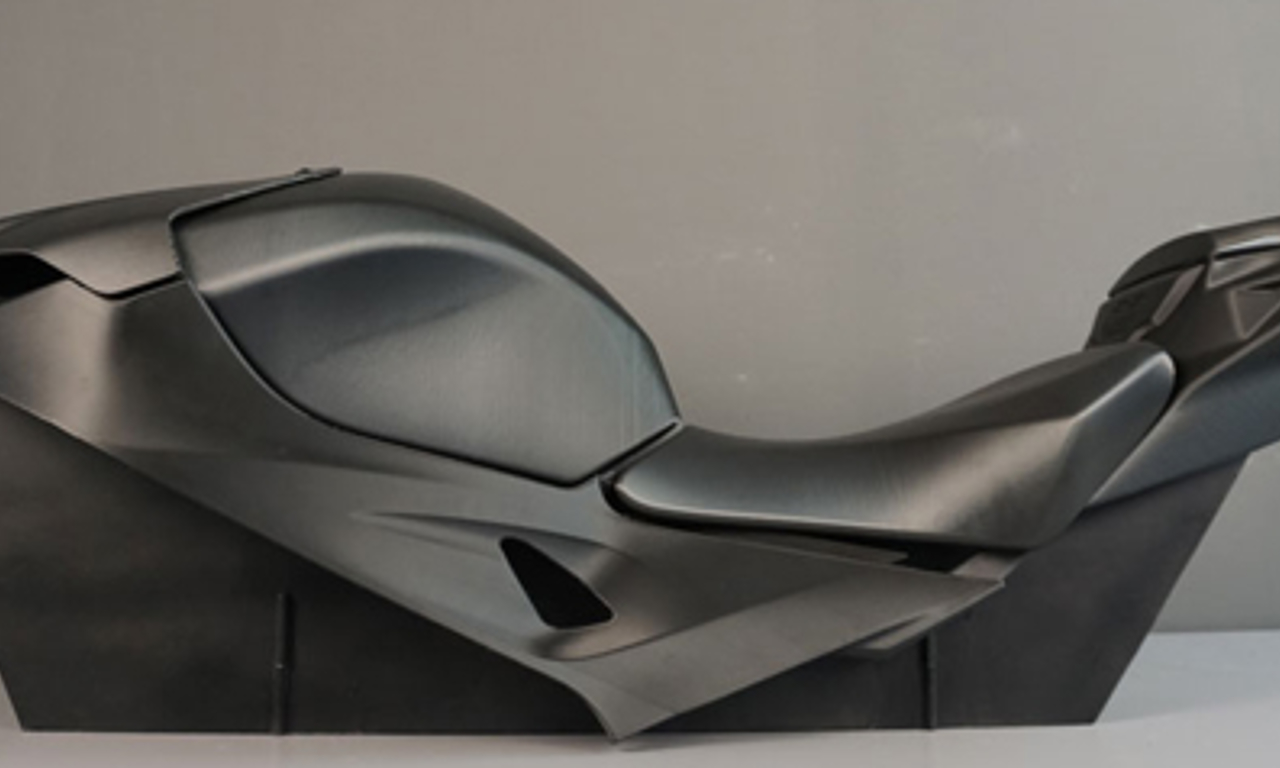 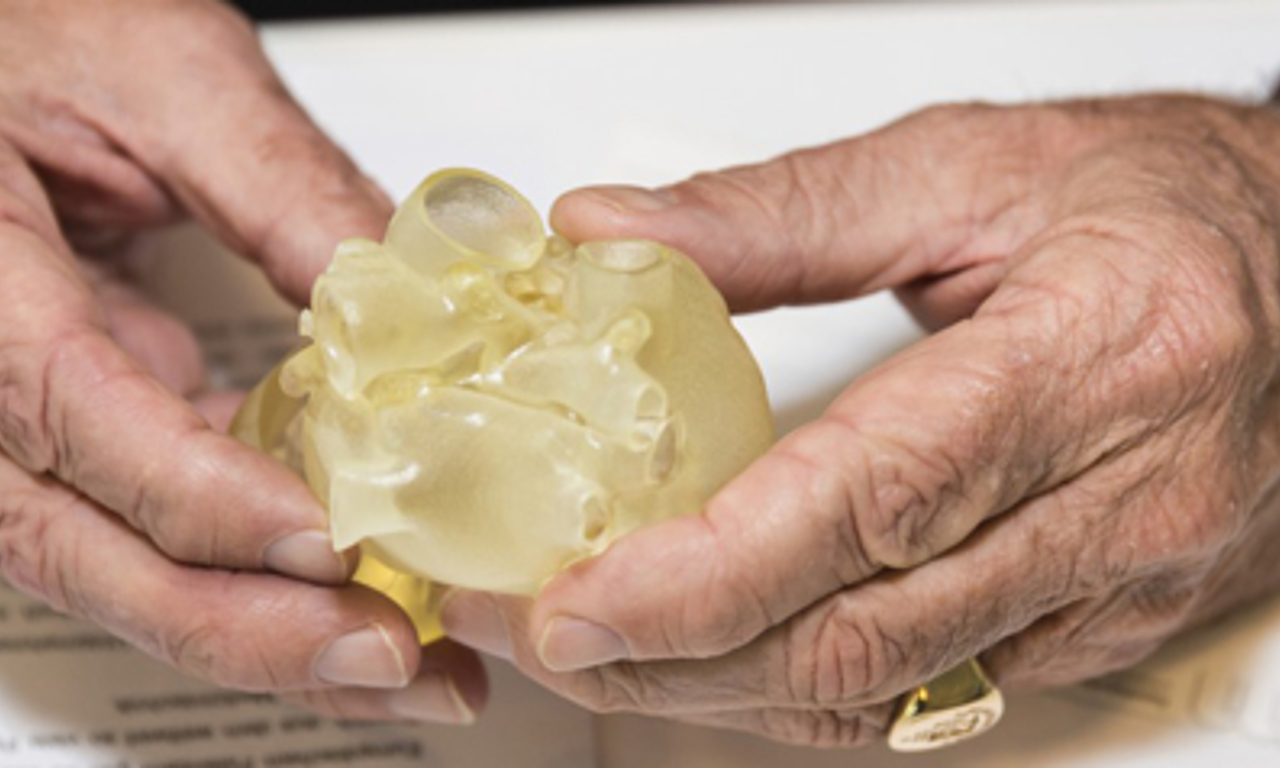