The goal of Open Cities: transfer methods of open innovation to the public sector and test them on the pilot projects.

In November 2010 until December 2013, Project Future took part of the EU-project "Open Cities: Open Innovation Mechanisms in Smart Cities". The partner from the metropolises Amsterdam, Barcelona, Berlin, Helsinki, Paris, Bologna, Rome, and London supported activities in the area of Open Government. The goal was to implement the methods by the Open Innovation – such as Open Data, Living Labs, Open Sensor Networks or Crowdsourcing – into the public sector and to test such based on pilot projects.

Furthermore, "Open Cities" offered the part-taking partners the chance for experience exchange and worldwide co-operation option in the area of Open Government; additionally, the exchange of best practice-examples, the networking of relevant stakeholders in the cities, the establishment of action guidelines, plus the implementation of international competitions, workshops and conferences.

Open Cities was part of the EU-programmes "ICT Policy Support Programme" (ICT PSP) and "Competitiveness and Innovation Framework Programme" (CIP) by the European Commission. 14 senate departments, research facilities and IT-businesses from Europe were involved with the project. In Berlin, besides the Senate Department for Economics, Energy and Public Enterprises, Fraunhofer-Institut FOKUS participated, too.

The total budget of the project consisted of around 5,8 million euros; the Berlin budget was around 238.604 euros, with 120.000 euros co-financed by the EU. 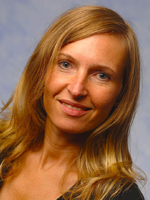 Launching the Open Data Days in Fall 2011, Berlin became nationally pioneer in providing open data. The transparency of the Berlin administration wasn’t just raised by this, but the cooperation with different representatives of the economics and population was strengthened and the development of IT-protected innovations in the cities was pushed forward. Meanwhile, the portal offers around 800 records within 22 categories – starting with the job market over healthcare to real estate and presents applications based on these data.

As part of the modernisation programme ServiceStadtBerlin, maintaining the Open-Data-Portals is part of the actions that were taken since the begin of the legislative period to optimised the processes of the administration and increase the availability of the authorities.

Berlin organises a regional App-competition, called Apps4Berlin and participated in the european Apps- und Ideenwettbewerben, at which innovative apps and solutions for the area of open data are being awarded.

At Berlin-based digital events, such as Campus Party Europe, re:publica and the Berlin Open Data Day, partners of the Open Cities-projects present the outcomes of their latest work and call for participation in the Europe-wide competitions.

In 2013, European citizens and developers were asked to hand in their ideas in the area of tourism. The partners from Amsterdam, Barcelona, Berlin, Helsinki and Paris provided over 200 open source data sets for the developments of apps, which where supposed to help manage the flow of tourists.

In November 2013, the award ceremony took place as part of Smart Cities Expo Barcelona. The winner was, for example, Moovit, a crowdsourcing app for public transport, and Trip4Real- a culture tourism platform.

Developer days as part of the project Open Cities

Different developer days, held by the Senate Department in cooperation with the Open Knowledge Foundation and local partners, address the local developing scene. In 2013, these include:

As an Eurocities Open Data research group coordinator, Berlin was able to push the communication between both European networks, the outcomes of this work influenced the Open Data Guidebook. It summarises experiences of the work done so far, and provides answers and solutions for inquiries about formats, licenses and others.

In conclusion of the project, Project Future published the manual with methods and examples. Methodes such as “Open Sensors Network”, “Test Bench for Innovative Apps and Services”, “Urban Labs”, "Crowdsourcing” to “Open Data”, plus best-practice-examples for simple visualisation and recommendations in regards to the work of the administration. The book was presented as part of the finale review of the project in Barcelona in front of representatives of the European Commission.

Video about Berlins engagement as part of the Open Cities-project: