Postponed events, cancelled campaigns, reduced advertising budgets - the corona pan­demic has also left its mark on the Berlin advertising market. But there can be no talk of stagnation in the capital of creative people.

As recently as mid-February, over 500 visitors and 40 speakers from the creative and AdTech industry gathered at the ”Adtrader Conference“ in Berlin's Kosmos Theater to discuss current developments in advertising in digital media. From Connected TV to the "Digital out of Home" programme: 2020 promised to be a successful year for Berlin's roughly 2000 digital and advertising agencies and the rapidly growing AdTech companies. Berlin's agency landscape is in any case one of the most creative in Germany, as the many awards show. Almost every third lion of the Cannes Lions goes to an agency from Berlin, including heavyweights like Scholz & Friends, Heimat, MSLand Antoni_. Nobody expected that only one month later the corona pandemic would throw the industry into a state of shock-induced paralysis. 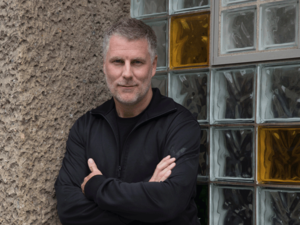 "You could see the storm clouds approaching, but no one could have expected this dimen­sion," confirms digital and advertising expert Sven Dörrenbächer, Managing Director of Antoni_ at the digital Salon Kreativ, a cooperation project of the Senate Department for Economics, Energy and Public Enterprises (SenWEB), Projekt Zukunft and media:net berlinbrandenburg e.V. At the agency, which was founded in 2015 explicitly for the client Mercedes-Benz and was located in its Berlin neighbourhood, processes were digitized in record time and the 170 or so employees were sent to their home offices in full-time employment. The internal transformation was successful, and also the "close, intensive partnership" with the customers, who now include Katjes and Kärcher, paid off during the crisis: together with Mercedes-Benz, antoni_ was able to react very quickly to the new situation. Already in the middle of March, in the first week of the lockdown, a YouTube spot for Covid-19 went live, and a short time later it was broadcasted on TV. The message: "Thank you, doctors and nursing staff, thank you to all those who are not sitting still now. Thanks to everyone else for standing still," the Berliner-by-choice Dörrenbächer describes it, "Mercedes-Benz was thus one of the first brands to say in its communication: Stay at home, stay safe." The brand very quickly lived up to its responsibility and "hit the right, credible tone at the right time," the advertising expert is convinced, "people appreciate that. And pass it on."

The telecommunications industry, video conferencing platforms and the consumer goods sector (FMCG industry) have also recognised the crisis as an opportunity for sustainable communication and invested almost 100 million euro in corona campaigns as early as March, as Nielsen demonstrates. However, they are in the minority: "In reality, advertisers are experiencing that their customers are very hesitant to release advertising investments due to the coronavirus or are reacting to the uncertainty with marketing asceticism. Germany's advertising agencies are feeling this reluctance: 81 per cent of them already postponed projects in March, according to a survey of its member companies by the industry association of communications agencies Branchenverband Kommunikationsagenturen (GWA). Accordingly, 54 per cent of those surveyed fear a significantly negative effect on sales in 2020 due to the Covid19 pandemic, and the German advertising association Zentralverband der deutschen Werbewirtschaft (ZAW) also expects a "worrying" development in advertising investments. According to Statista, gross advertising investments had risen to a historic high of almost 32.6 billion euro in 2019, but losses in the range of ten to 20 per cent are expected in the current year.

In particular, the print sector and private broadcasters have suffered significant declines in advertising revenues. As a result of the pandemic, the RTL Deutschland media group put 4000 employees on short-time work for four months. (Local) radio stations have been hit particularly hard. Industry insiders from the radioszene.de portal estimate the loss in local advertising alone at 50 to 75 million euro across Germany. "While the social relevance of private radio and TV programmes has become impressively visible in the crisis and usage continues to rise, companies are under enormous pressure in their advertising refinanc­ing," Hans Demmel, Chairman of the private media association Verband Privater Medien (Vaunet),points out a paradox to the DPA-afx: according to studies, the increased need for information and entertainment in the corona crisis did indeed lead to more use and more time in front of the TV, reading the newspaper or listening to the radio, and brought with it greater attention to advertising. However, this could hardly be turned into money. According to the ZAW, only online media, social media platforms and streaming services can offer hope: "We assume that digital advertising media will be less affected by the coronavirus crisis and will be able to grow in an overall declining market," says Nauen. "I can play digital spots within hours. I can change content, that's not possible with print. Everything is planned long in advance," says Sven Dörrenbächer, for whom the advantage of digital campaigns is obvious. But long-term planning is hardly possible at present. 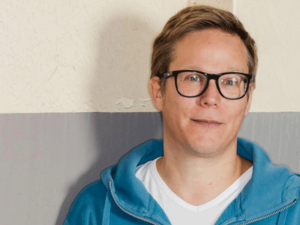 Recipe for success - humour with the right attitude

"Who knows what will happen next? Will there be a second big wave?” Christian Artopé, managing partner of the owner-managed agency “GUD.berlin", knows the uncertainties only too well; "we stick to science which learns every day. We are also evaluating the situa­tion every day at the moment." Observation is necessary in order to understand the "new normality" and then "to make appropriate smart communication offers," says the marketing expert. For him, this also means that companies and brands must take a posi­tion where it suits them. The latter is the case with the customer BVG: in nine social media posts, the Berlin public transport company Berliner Verkehrsbetriebe defied corona con­spiracy theorists with a lot of sarcasm as part of its "Because we love you" campaign. "This is in line with our conviction as to what makes good communication, that BVG dares to call a spade a spade and doesn't annoy people with trivial advertising blah-blah," argues Artopé, who does not want to talk about budgets as regards GUD.berlin, but has experi­enced "changes in both directions", "which also includes taking up a position in a charming way. Having a feeling for relevant topics. And humour helps to take certain things a little more lightly.” 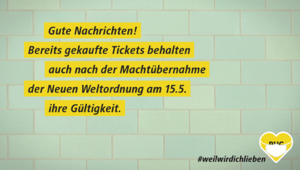 BVG and GUD.berlin had their finger on the pulse - or rather, the mood of the population - with the humorous "frei Schnauze" (by guess and by gosh) campaign. The attitude towards advertising was as capricious as this one: since the corona crisis, it has changed to some extent every week, according to an analysis by the Havas Media Corona Monitor. While advertising was ini­tially very popular, focusing on social cohesion, people are now happy to be distracted by the Bundesliga and other topics. "We can see that the number of immediate corona-related messages is decreasing. Everyone has expressed their thanks", confirms Sven Dörren­bächer from antoni_. "At the moment we can see that well-done “normal” advertis­ing can also be liberating. This is shown by the reactions to our current campaign for the new Mercedes-Benz GLA." Nevertheless, corona will be accompanying the advertising indus­try for a long time. On the one hand, the crisis will shape messages and tonality: "Some­times more seriousness is needed, sometimes more lightness. Brands are no dif­ferent from people," says Dörrenbächer. On the other hand, the production conditions will con­tinue to be made more difficult by people keeping a distance from each other. But this is not a crisis which cannot be solved: "We have all learned in recent weeks to react much more quickly to changes and to incorporate this into our work," the communications expert draws an interim balance. For example, process steps have been thrown overboard to create efficient cam­paigns faster and more directly from ideas. What's more: "We have experienced an explo­sion of creativity everywhere in recent weeks.“

This creative potential has not only flowed into campaigns: innovative ideas to show soli­darity and to help small businesses in particular have sprung up all over the capital. True to the motto "We’ll bring your shops, your service and your idea to the radio", the Kreuz­berg radio station FluxFM has been helping small businesses and since mid-April has been acting as a mouthpiece for affected businesses: via voice message they have been able to create their advertising message using the free app FluxMusic, which has then been broadcast free of charge in advertising blocks. A further initiative is the non-profit platform Long Live The Block by antoni_, on which shop operators and the badly ailing catering industry can be supported by purchasing vouchers. This creates synergy effects to successful Berlin initiatives such as HelfenBerlin, Kiezhelfer or Please Don’t Close, which aim to keep affected companies afloat.

Pandemic or no pandemic - Berlin support for creative people continues

While the advertising industry puts local companies in the limelight, creative people are not left alone even in Corona times. Since the outbreak of the pandemic, the economic administration has supported companies in the creative and advertising industries with emergency aid programmes (including emergency aid I loans, emergency aid II grants for companies with up to 10 employees and emergency aid V grants for companies with more than 10 employees). Numerous budgets have been reallocated to digital and hybrid events. In addition to the virtual creative lounges, Berlin companies are also presented on the online version of OMR, where companies introduce themselves to potential customers via speaker videos and social media. While OMR had to be moved to the Internet, DMEXCO will probably be able to go ahead as planned in September. Also Berlin agen­cies from the sectors online and mobile advertising, affiliate and search engine marketing as well as targeting will be represented there under the slogan “berlin.digital” with a joint stand, so as to make business contacts and do business. In addition, formats such as Creative Dinner, video campaigns on ”The State of Social Media“, ”The Future of Marketing“ or “Berliner Kreativagenturen – Homestory” as well as the discussion format ”Salon Kreativ“ will contribute to the visibility and networking of the Berlin agency landscape.